- March 20, 2018
Often I have heard people say "A person creates his own luck ". This can be loosely translated into : " if you really work hard for something, the whole universe will conspire you to achieve it" or as "The Alchemist" says. But here's what makes things interesting: In a country with a 1.21 billion population, where every youth wants to make his mark , works equally harder just like everybody else around him. Then, why does only a handful achieve what everyone's been dreaming of ? There can be multiple reasons for that but I have often found my parents consoling me with a quote : " Not getting what you want is a wonderful stroke of luck" or " You don't get what you want , you get what is good for you!"
So, what is it that I'm supposed to believe?

To complicate matters further for me ( by me ),I was assigned to read Hitopadesha Tales as a part of my curriculum.  The story which has caused a dilemma to this mid-twenty something has been narrated below, I do hope that you enjoy it & share your insight :

Like all stories begin, Once upon a time there lived a sage & his wife in the jungle. They didn't have any children and were unhappy about this fact of their life. One day, a kite dropped a she-mouse in the lap of the Sage while he was in meditation. He thought that it was a gift from God but if he would take the mouse to his home, people would laugh at him. So, he decided to change the mouse into a girl & took to his home. On seeing the Girl, the Sage’s wife asked, “Who is she? From where did you bring this girl?” The sage narrated to her the whole story and said, “I would bring her back to her original form”. The sage’s wife stopped him instantly and said, “Please don’t change her into a mouse.God must have sent her to us because we don’t bear any children”.Thus, the sage accepted his wife's request & they started to bring her as their own.

Soon the Girl grew  into a beautiful maiden ready to be married. So the sage & his wife started looking for a suitable match for their daughter. They came to the conclusion that the Sun God would make the best match for their daughter. Hence, they prayed to the Sun God to appear. When he appeared, the Sage asked him to marry his daughter. But the Girl refused the idea saying that she might be reduced to ashes due to his warmth and light. The Sage was disappointed to hear this from the Girl.

Nonetheless, He asked the Sun God if he could suggest a groom for his daughter. The Sun God said, “The Lord of Clouds could make a good match for her, as he is the only one, who can easily stop the rays of the Sun”. The Sage then prayed to the Lord of Clouds to appear and asked him to marry his daughter. But the Girl once again rejected the proposal and said, “I don’t want to marry a dark person like him. Besides this, I am terrified of the thunder he generates”. The Sage was disheartened once again and asked the Lord of Clouds if he could suggest a possible groom. The Lord of Clouds said, “Wind God can make a possible match for her as he can easily blow me away”.The Sage then prayed to the Wind God to appear and asked him to marry his daughter. The Daughter declined the idea and said, “I can’t marry a frail person like the Wind God who is always stirring”. Once again the sage got sad and asked the Wind God to give some suggestion. The Wind God replied, “Lord of Mountain is solid and can stop the hard blows of wind easily. He can make a suitable match for your daughter”

As per the kind suggestion made by the Wind God, the Sage went to the Lord of Mountain and asked him to marry his daughter. But the Girl once again declined the proposal and said, “I can’t marry the Lord of Mountain because he is too cold-hearted”. She asked the Sage to find a softer groom for her. The Sage sought Mountain Lord’s suggestion for the same. The Mountain Lord replied,”A mouse will make a perfect match for her as he is soft and can easily make holes in the mountain”The daughter approved the idea of marrying a he-mouse. Moreover, she was pleased at this proposal. The Sage said, “This is destiny. You came as a mouse and you were fated to marry a mouse”. Saying this, the Sage converted the Girl back to a female mouse. The female mouse got married to a male mouse and lived happily thereafter.


The moral of the story was that destiny cannot be changed or more elegantly put : " What's meant to be will always find a way... "

The question still remains : what should we believe : Do we choose our own destiny or it chooses us ?

Popular posts from this blog

Learning the subtle art of not giving a f*ck

- October 25, 2018
Ever since I had learnt the title of this delightful book, I had been wanting to read it.I did download the E-book but let's just admit it : doodling at computer screens or kindles doesn't have the same charm associated with holding a book. When I finally bought it, I decided that I would read it in one go. So I did or I thought I did. It took me 3 days to read it except for getting up, sleeping, eating, everyday chores, watching T.V... Okay, I realize that wasn't in one go. But what's important is I read it and I really liked it.I'm not a promoter of the author or being paid to do it. However, I do like to share with others when I have a good experience.Let's not get off-topic. The book is written by (in my honest opinion) an intelligent, logical & practical human being who has given us a fresh perspective on life. My takeaways from the book :  1. Yes, we actually live in an unhealthy materialistic world   There's an obsessive need
Read more 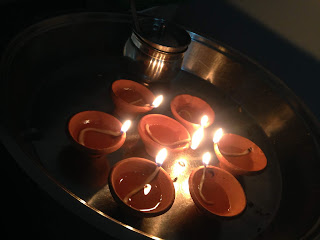 So, Diwali is finally here! Diwali or Deepawali marks the day in history when Lord Ram brought Lady Sita home after rescuing her from the shackles of  Mighty Raavan. Thus, It's celebrated all over India as the day when good prevailed over evil.Actually, Diwali  is  a 5-day affair starting with "Dhanteras" to "Bhai Dooj". So, through a series of posts, I would try to explore & widen your understanding (as well as mine) about  significance of each day. Let's start with DHANTERAS! #Occurrence of Dhanteras as per Hindu Calendar  Dhanteras is celebrated on the thirteenth lunar day of Krishna Paksha (dark fortnight) in the Vikram Samvat Hindu  month of Karthik . It was celebrated on 5th of November this year. The hindu calender is little different from the Gregorian calender.  Unlike Gregorian calendar which adds additional days to lunar month to adjust for the mismatch between twelve lunar cycles (354 lunar days)  and nearly 365 solar days,
Read more

When the "nagging feeling" doesn't goes away... 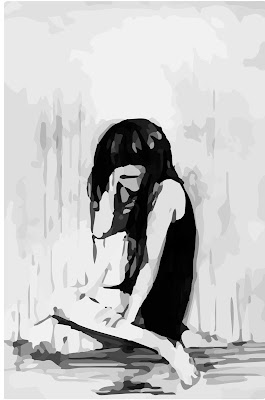 It happens to you every day. At any place, at any time. You may feel like it follows you everywhere. It has become a part of yours.  Whenever you try to do something new, out of your normal monotonous routine, it comes to you & says"Yeah, you cannot do it." I think it all started when you had our first taste of success. People started expecting greater things from you. I guess you had started to do it too. But then, the expectations didn't match the results. So, you took what you got & lowered your expectations. Everything was "just fine"  for sometime until one day it wasn't. When you thought to ourselves that you had what it takes to make it big," The feeling" was in the background, rubbing its hands together like the devil, whispering "We'll see about that." Yet again, the devil triumphed & you were let down by yourself.  So, you took up the first thing you got without giving it much th
Read more